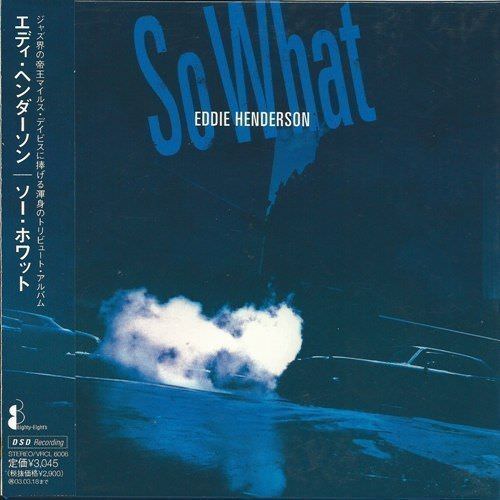 One of the most beautiful Eddie Henderson albums we’ve heard in years – a richly modal session with lots of classic influences, recorded beautifully, and with a feel that will make it a real standout! The set list includes some killer jazz standards – like Wayne Shorter’s “Prince Of Darkness” and “Footprints”, Miles Davis’ “So What” and “All Blues”, and Monk’s “Well You Needn’t” and “Round Midnight” – not to mention great versions of “Green Dolphin Street”, and “Old Folks”. And even though the tunes are classics, they’re played with the fresh modernism of the mid 60s Miles Davis quintet – a style that’s got angular edges, but also some deeply soulful moments – played with elegance by a group that includes Bob Berg on tenor, Dave Kikoshi on piano, Ed Howard on bass, and Billy Hart and Victor Lewis on drums.

Eddie Henderson’s Columbia debut places him in the context of a classic series of modern compositions, from Wayne Shorter’s modal masterpiece “Prince Of Darkness,” and “Footprints,” to his read of his mentor Miles Davis’ “So What,” and “All Blues,” and, a pair of Monk numbers, as well “Round Midnight,” and “Well, You Needn’t.” The band assembled for this date is more than up to the challenge. Drummers Billy Hart and Victor Lewis, pianist Dave Kikoski, bassist Ed Howard, and the inimitable Bob Berg on tenor, accompany Henderson’s trumpet and flugelhorn with requisite heat and polish. Henderson’s arrangements work better on the more adventurous tunes: on the Shorter and Miles cuts, Henderson’s more aggressive and looser, allowing his band to stretch those tunes to the margins. His ultra-modernization of “On Green Dolphin Street,” sounds like he’s trying to update Miles’ particular read of the composition, rather than just take a new look at it for its own merit. He does likewise with “Someday My Prince Will Come,” and D.L. Hill’s “Old Folks.” He turns in stellar versions of the Monk tunes, with interesting and angular rhythmic turns in them along the changes. This is a solid date for Henderson, who doesn’t record nearly often enough.