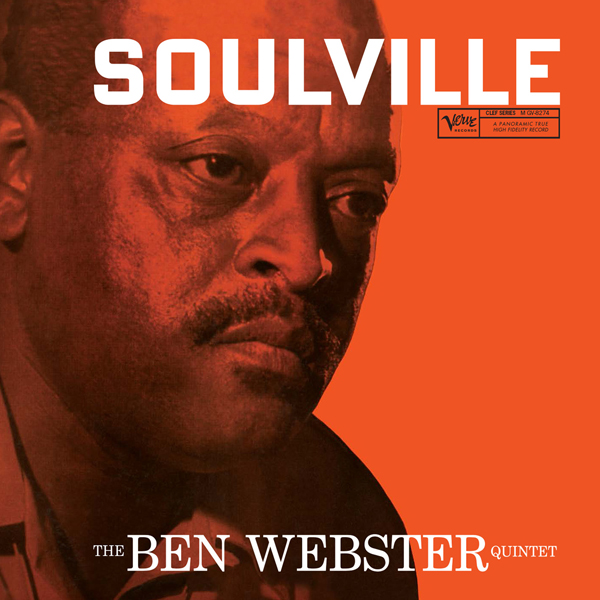 Soulville is quintessential Ben Webster: intimate, tender, endlessly expressive. Webster was internationally recognized as one of jazz’s elder statesman when he recorded this album in 1957, but the youthful fire that had marked his playing with the Duke Ellington Orchestra two decades earlier was undiminished. Leading a stellar combo through a program consisting mostly of vintage pop tunes, the great tenor saxophonist is at his peak. And this reissue includes three rare recordings of Webster on piano, the first instrument he played as a young professional musician.

The by turns grizzled and vaporous-toned Webster really hit his stride on the Verve label. During a stretch from roughly 1953-1959, the Ellington alumnus showcased his supreme playing with both combos and string sections, swingers and ballads — and lurking beneath his blustery and hulking sound were solo lines brimming with sophistication and wit. This 1957 date with the Oscar Peterson Trio is one of the highlights of that golden ’50s run. After starting off with two bluesy originals — the slow burning title track and gutsy “Late Date” — Webster gets to the heart of things on five wistful ballads: Here, his exquisitely sly “Makin’ Whoopee” is only outdone by an incredibly nuanced “Where Are You.” Providing sympathetic counterpoint, Peterson forgoes his usual pyrotechnics for some leisurely compact solos; his cohorts — guitarist Herb Ellis, bassist Ray Brown, and drummer Stan Levey — are equally assured and splendid. And ending the set with flair, Webster takes over the piano for three somewhat middling yet still impressive stride and boogie-woogie-styled numbers (these are his only piano recordings). Newcomers shouldn’t hesitate to start here. –Stephen Cook