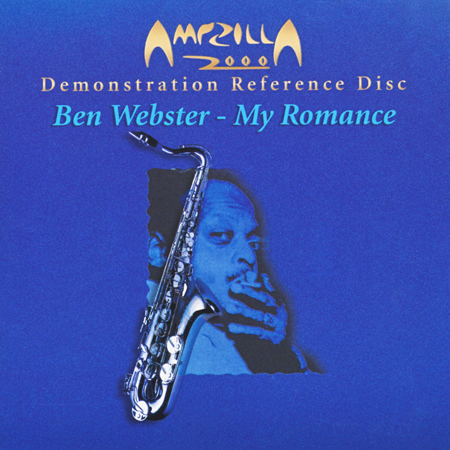 This was quite a surprise, coming from the Asian label specializing in various audiophile CDs and SACDs of more middle-of-the-road material. The two sessions that produced these dozen tracks both were recorded in Copenhagen in 1965, and for most of the tracks – as you can see – Webster’s band was mostly local musicians. Ben Webster was one of many black American jazz men who moved to Europe in the 1960s or later. Denmark and Holland were his main bases of operation. Earlier he had been a mainstay of Norman Granz’ Jazz at the Philharmonic concerts, and had also played with Ellington for a few years.
Nobody else achieved quite the rich, warm, soulful and caressing tenor sax sound so distinctively laid down by Ben Webster. And I don’t believe I’ve ever heard it so cleanly and realistically as on this reissue disc. In the booklet remastering engineer Povee Chan lists some of the gear involved, and it’s obvious no effort was spared to transfer these old stereotapes with the very highest fidelity humanly possible. The European players are right up to American standards in playing proficiency. This is great stuff. The CD layer doesn’t sound seriously compromised either.