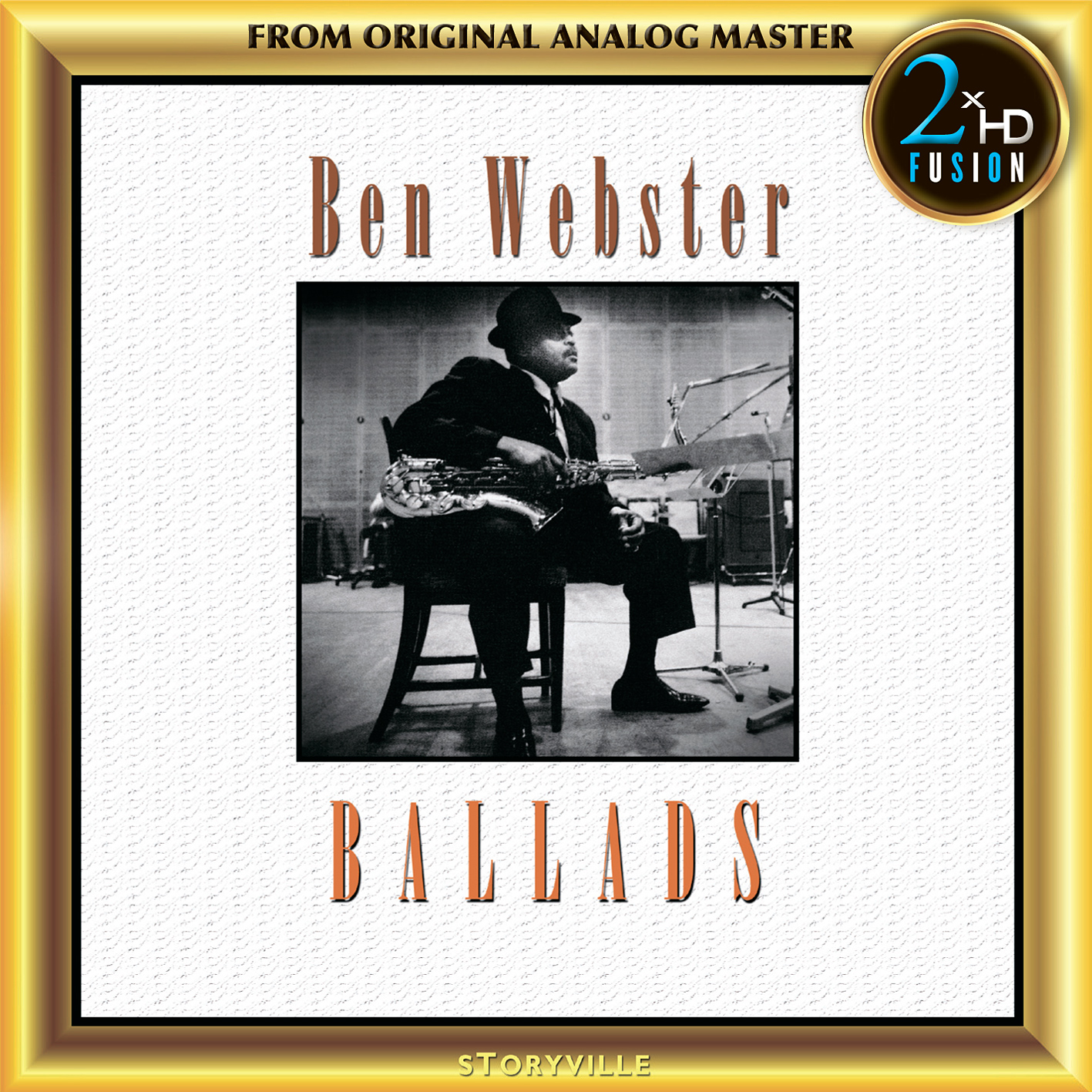 Swing tenor saxophone player Ben Webster earned the nickname “The Brute and the Beautiful” in jazz circles where his musical versatility was well-known. Webster’s signature tough, raspy and gruff tone softened on ballads, which he played with warmth and sentiment. On this Storyville release he caresses seven timeless melodies in a variety of settings including trios with either Teddy Wilson, Ole Kock Hansen or Kenny Drew on piano, backing by The Danish Radio Big Band (on “Cry Me a River”) or a version of “Greensleeves” with a string orchestra. Although largely forgotten in the United States (he had moved to Europe in 1965), Ben Webster was still in fine form this late in his career.

Webster is regarded as one of the three foremost swing era tenor saxophonists – the two others being Coleman Hawkins and Lester Young. His ballad playing and sound inspired such later fellow saxophonists as Paul Gonsalves, Harold Ashby, Archie Shepp, Eddie ”Lockjaw” Davis, Frank Foster, Sonny Rollins, Flip Phillips, Georgie Auld, John Coltrane, Scott Hamilton, and Branford Marsalis. Ben never launched into double-time while playing ballads, as was the custom with most tenor saxophonists at that time, but maintained the song’s feeling throughout while staying in the slow tempo. He was one of the unique jazz musicians whose presence came through on every recording.

This album is a high-resolution digital transfer of material originating from an analogue master source. As a result of the analogue recording technology utilized during its production, it is possible that it may contain an audible noise floor as well as other artifacts, and may also have limitations in bandwidth and/or dynamic range.