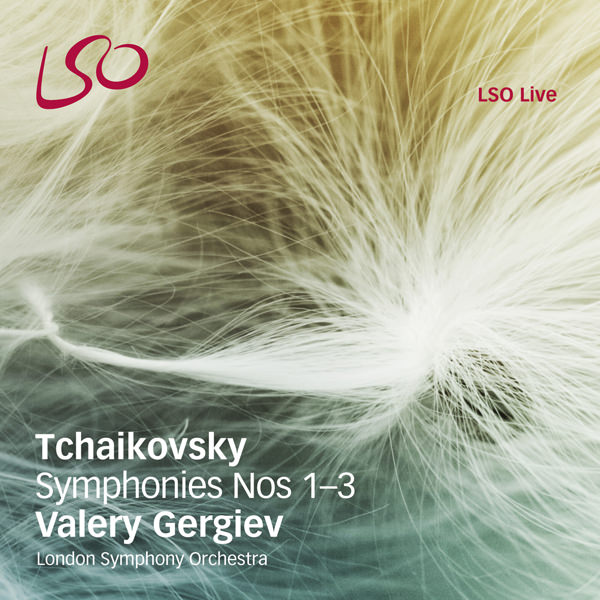 Tchaikovsky was well into his twenties when he abandoned an unpromising career as a civil servant in the Russian Ministry of Justice and began to study music seriously, at first privately and then at the newly-established St Petersburg Conservatory. Immediately after graduating, he was offered a teaching post at the even newer Moscow Conservatory, and it was during his early months there that he composed the First Symphony. Its birth was accompanied by the anxiety and self-doubt that Tchaikovsky was never to overcome, even as a mature and established master.

Since Valery Gergiev has already recorded Tchaikovsky’s Fourth, Fifth, and Sixth symphonies with the Vienna Philharmonic on Philips, and released a Blu-ray and a DVD of those symphonies as performed with the Mariinsky Orchestra, there’s no convenient match-up with this LSO Live twofer of the First, Second, and Third. That doesn’t mean that fans of the conductor will be constrained by the difference of labels or formats, but anyone looking for a consistent package of all six symphonies in one place can certainly find many complete sets elsewhere. That said, Gergiev’s Tchaikovsky is stunning in its immediacy, passion, and vitality, and the somewhat naïve early symphonies benefit greatly from his intensity and the abundant energy of the London Symphony Orchestra. The hybrid SACDs are spectacular sounding, offering rich sonorities and spacious dimensions, while putting a strong emphasis on details and instrumental color. The most striking quality of these recordings is the realistic presence of the LSO, which seems to put the listener in the front row and gives a nearly palpable feeling of its place on the stage. While these recordings await a companion volume of the rest of the symphonies, it’s still worth having in its own right. –AllMusic Review by Blair Sanderson