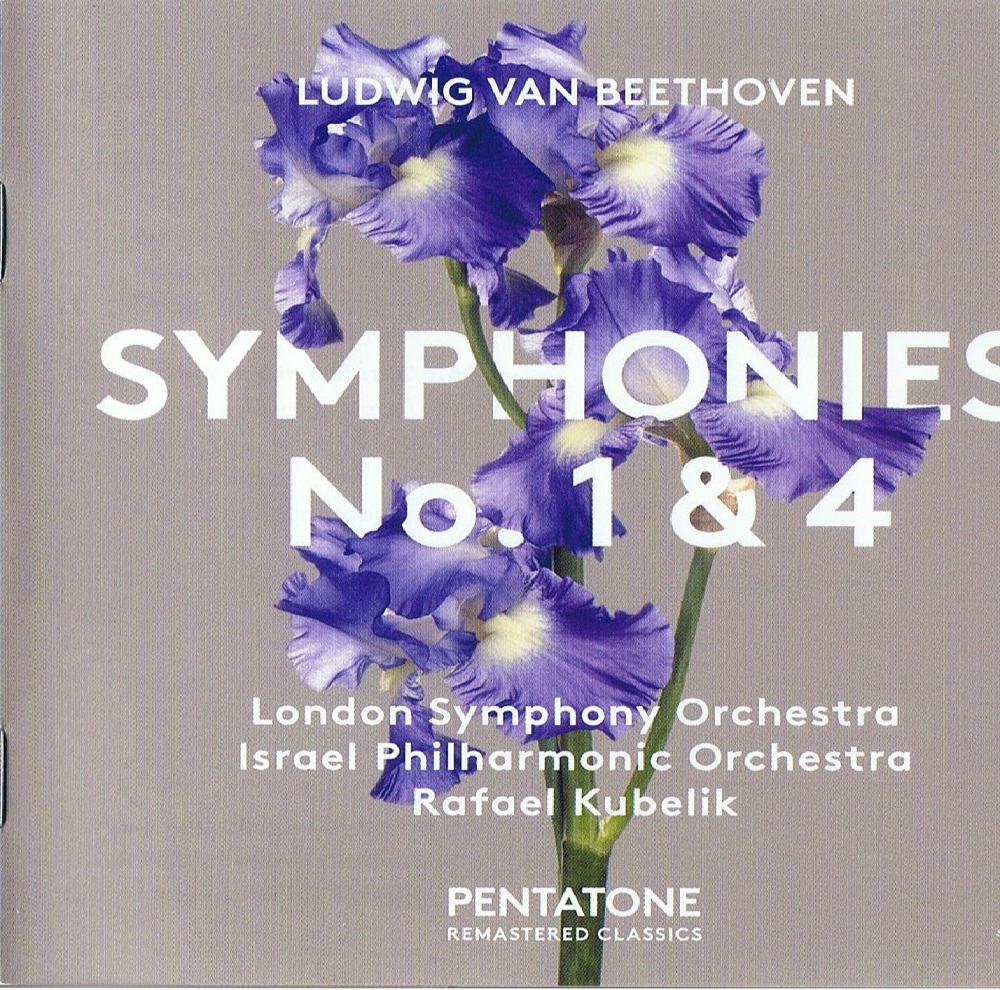 2017’s latest release in Pentatone’s Remastered Classics series is Rafael Kubelik’s sprited and acclaimed reading from the 1970s of Beethoven’s first and fourth symphonies, performed with the London Symphony Orchestra and the Israel Philharmonic Orchestra.

Rafael Kubelik recorded his cycle of Beethoven symphonies in the 1970s for Deutsche Grammophon, each with a different orchestra, earning widespread praise. Although recorded in multi-channel sound, these unmissable performances have previously been available only in the conventional two-channel stereo format. Using state of the art technology which avoids the need for re-mixing, PENTATONE’s engineers have remastered the original studio tapes to bring the performances to life as originally intended: in compelling and pristine multi-channel sound.

Delightful, infectious and witty, Beethoven’s first symphony is a paean to the classical symphonies of Haydn and Mozart shot through with very Beethovenian touches, such as the opening Adagio which starts in the wrong key and the final movement which struggles to get started at all. These peculiarities taken with the felicity and inventiveness of his writing make this a happy and evergreen work.

Overshadowed by the monumental third and the dramatic fifth symphonies, Beethoven’s cheerful and optimistic fourth has been described as a “wolf in sheep’s clothing” for its mix of engaging melodies, lurching rhythms, pungent dissonances and its vigorous orchestral writing. While structurally and harmonically more complex than the first symphony, it too is cast in the classical mould with a palpable nod to Haydn in the rousing final movement.