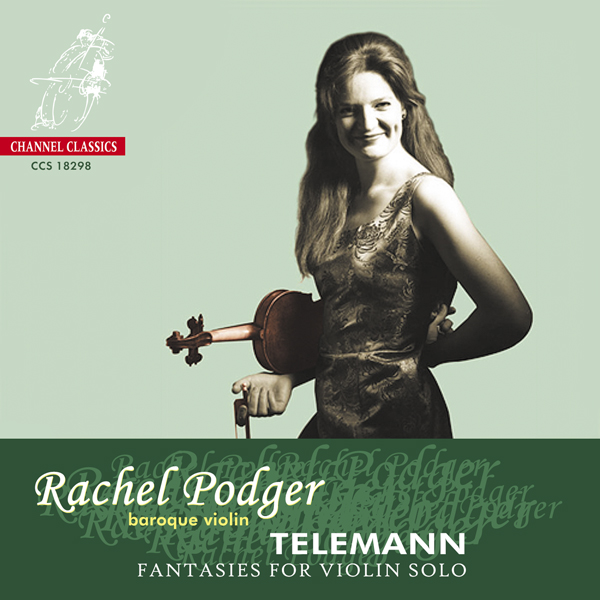 In November of 2001, one of my first recordings using the DSD technology was in a small unknown church – Dorset England. Rachel Podger had chosen the church as she had played a concert there as some point and thought it would be perfect for the solo Telemann Sonatas. I agreed sight unseen.

The church turned out to be very small with very close side walls with no place for me to sit with my equipment. Granted it was very silent ( in the middle of fields) but I was just not happy with the acoustics so that I decided to only release this album on normal 44.1 pcm. A couple of months ago I listened to the DSD master again and have now decided to still bring this out on DSD stereo and multichannel. DSD does give the extra dimension of imagery and honesty to the sound which in the end does enlighten the music listening. Jared Sacks
Johann Mattheson in Der Vollkommene Capellmeister (Hamburg 1739) says about a fantasia: “Even though they (the fantasias) all give the impression of being played ad-lib, most of them are nonetheless written down properly, however, they are so very little kept in place and order that no one could hardly find a better general term to designate them than the one describing a good idea.” Good ideas they are indeed, and plenty of them! They often occur in rapid succession, chasing each other across the page in vibrant fast movements, pausing here and there to give room for the next inspiration, or unfolding gradually and reflectively in poignant slow movements. Unconnected ideas stand next to each other, unaware of each others presence: motifs, rhythms, sequences of intervals and melodic lines change direction and character at a whim. Broken chords alternate with agitated scales and passagework, grave and solemn passages appear next to dance-like ones. The musical story throughout the movements is always clear as you become aware of Telemanns ingenious way of giving free reign to his imagination within a cohesive underlying musical structure….
The featured composers showcase sublime examples of the early Italian Baroque. Some composers dominate the repertory; others have left behind only a handful of works. Here, they come together to convey the diverse musical landscape at such an excitingly rich and creative era.