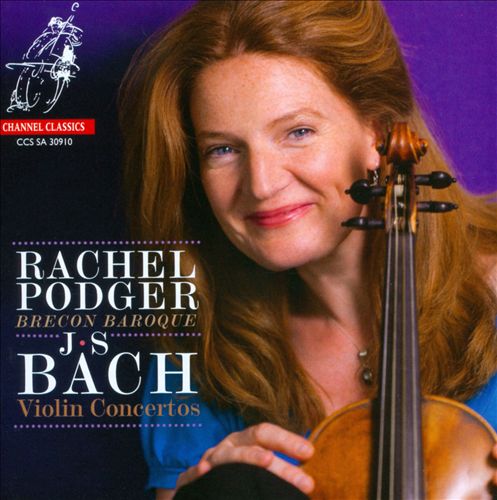 For those who already appreciate Rachel Podger’s unique brand of magic I’ll just say that this return to recorded Bach is lovely and all that one could hope for. All that one looks for is here, and there is more.
For those who are not familiar with Rachel Podger, she is a unique voice among violinists. She has absorbed the principles of late Baroque performance practice and made them a part of herself, so that the articulation and inflection of that rhetorical approach to music flows from her as a natural idiom of expression. But this is only half of the picture. She also excels at communicating the logic and coherence of the music. She’s not so busy being expressive that she forgets where she is. She can turn a melodic corner with an elastic flourish that makes one catch one’s breath, but she never goes off the road or gets lost. Her style is an intensifying balance between opposing forces: florid yet subtle, expressive yet ordered, emotional yet objective.
On this recording there is something of an added richness in her expression, and if anything an even stronger sense of relating each moment to the whole, creating an enlarged sense of integrity and structure in the music even while she executes ravishing rhetorical details with an agile liquid flow. Then again perhaps it is just that the intersection of Ms. Podger and Bach always magifies her virtues, and the present CD is merely the first opportunity we have had to clearly hear her rendition of a Bach concerto. These recordings have some of the energy and wit of a live performance–there is a strong feeling that the performers know each other well and are having fun…