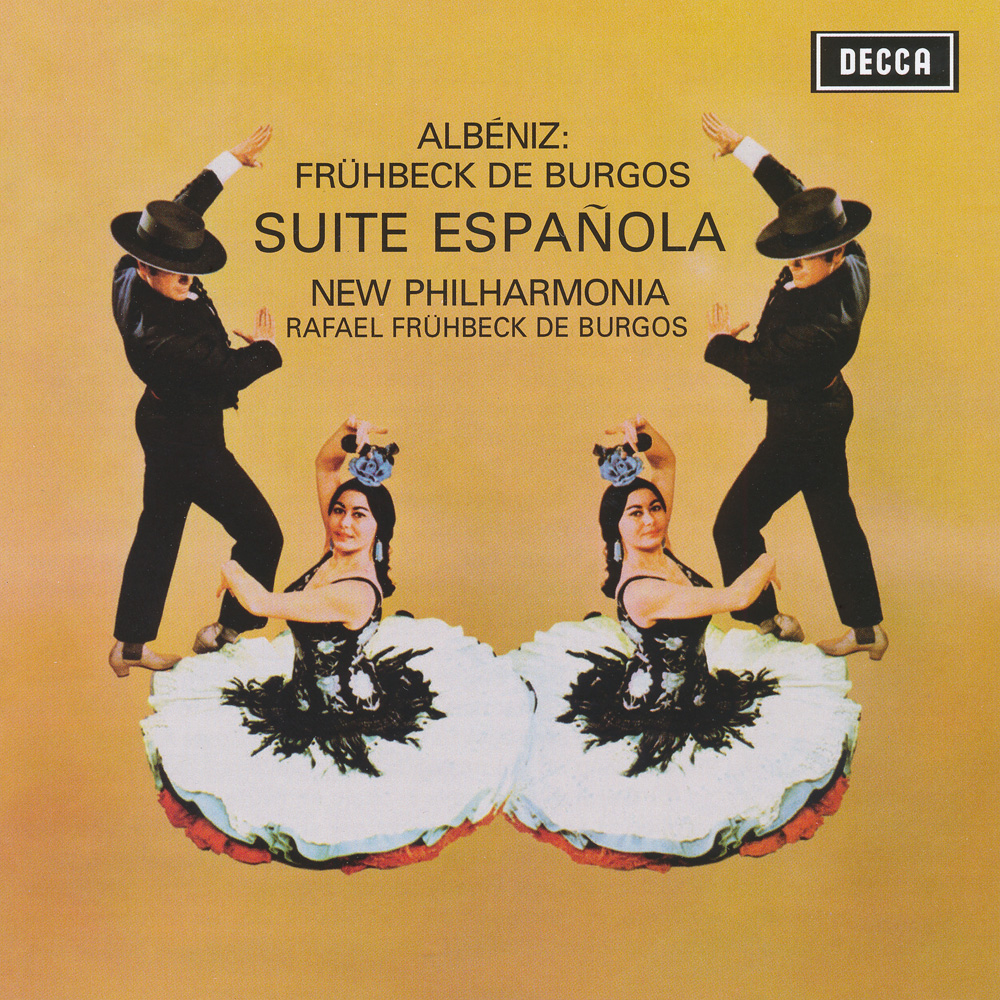 Albéniz’s Suite Española has undeservedly stayed under the radar. Rafael Frühbeck de Burgos’ orchestral transcriptions of Albéniz’s captivating melodies are colorful but always tasteful. The recording should be an important discovery for listeners interested in classical Spanish music. The sound serves the music just about perfectly. This SACD is sonically electrifying.

The Suite española, written by the piano virtuoso & composer Isaac Albéniz, is 1 of the most outstanding works in the history of Spanish music. Albéniz invites the listener to join him on a musical journey through 8 great Spanish cities, each steeped in tradition, investing each scene with local colouring as an homage. Albéniz made full use of musical folk idioms combined with dazzling virtuosity in many of his other works too, & deeply impressed Debussy & Ravel, as is testified by their own compositions.

Originally conceived for the piano, the Suite has been arranged for large orchestra by Rafael Frühbeck de Burgos who makes the most of the orchestra’s tonal palette to underline the expressivity of the music. The final movement (Cuba) is replaced by Cordoba, a piano piece from Albéniz’s Cantos de España, op. 132, also arranged by Frühbeck de Burgos for orchestra. The obvious advantages of the arranger himself conducting the orchestra are well demonstrated by the present highly successful recording. The precision of the rhythmic interjections and the melodic flow are highly impressive. The music evokes various scenes, such as the impression of a barren Spanish landscape in the shimmering heat or bustling life in the various cities of Spain.

Tuneful, exotically scored (by the conductor Rafael Frühbeck de Burgos), and giving orchestra and recording engineers alike a chance to show their paces, the Suite Española makes highly entertaining listening. We are given here seven pieces from Albeniz’s original piano suite plus Cordoba, which is from the same composer’s Cantos de Espana. As this has a very fetching tune to end the record graciously, no one is likely to complain. But try the opening Castile for its glittering castanets or the Asturias with its eloquent and sonorous brass chords to offset the flurry of strings. This Hybrid Stereo SACD is pure sonic excellence.