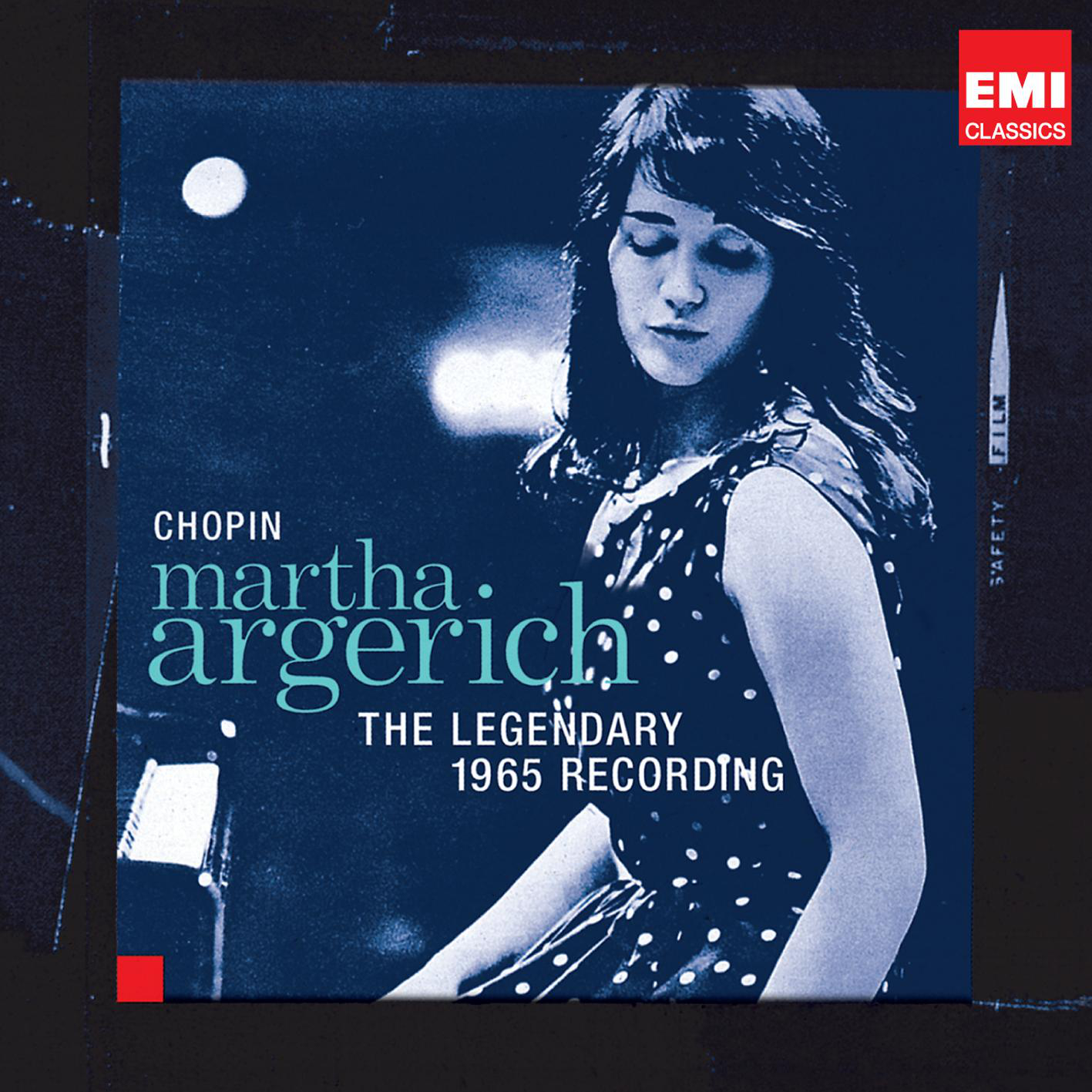 How can it be that a recording by one of today’s indisputably unequaled pianists performing some of her prime repertory–made fresh within months of her triumph in the 1965 Warsaw International Chopin Competition–could languish for decades in the vaults before its official release? Chalk it up to the exclusivity clauses of rival recording companies and legal constraints from which not even Wotan with the help of Loge could extricate himself. Thankfully this belated EMI release – recorded in a few sessions at the Abbey Road studios – is finally available.

It’s a significant complement to Argerich’s other accounts of Chopin on disc. From the white-hot intensity of Argerich’s way with the composer, you can easily extrapolate a sense of what had recently wowed the jury in Warsaw. The Argentinean pianist undertakes the Third Sonata as a vast, big-voiced, far-reaching statement that encompasses both molten power and moments of almost unbearably intimate lyricism (listen closely to her gestures of illumination in the Largo). With a characteristically unforced spontaneity, Argerich sounds the shattering chords that launch the finale (recorded in one take); her sense of flow in the Nocturne No. 4 is a perfect mesh for the illusion of improvising that is so central to Chopin. She commands the logic–both emotional and musical–of the composer’s skittish turns in the Scherzo No. 3 and crafts three of the mazurkas into perfectly chiseled character pieces. The sheer force of Argerich’s personality might seem overwhelming to those accustomed to a tamer Chopin–listen to how she dives into the A-flat Polonaise–but it’s always at work dusting off tired clichés and uncovering the music’s expressive wealth. For those who know about Argerich’s artistry, this disc is indispensable; anyone who has yet to make that enviable discovery will find it (together with the Argerich anthology in Philips’ Great Pianists series) a great place to begin.