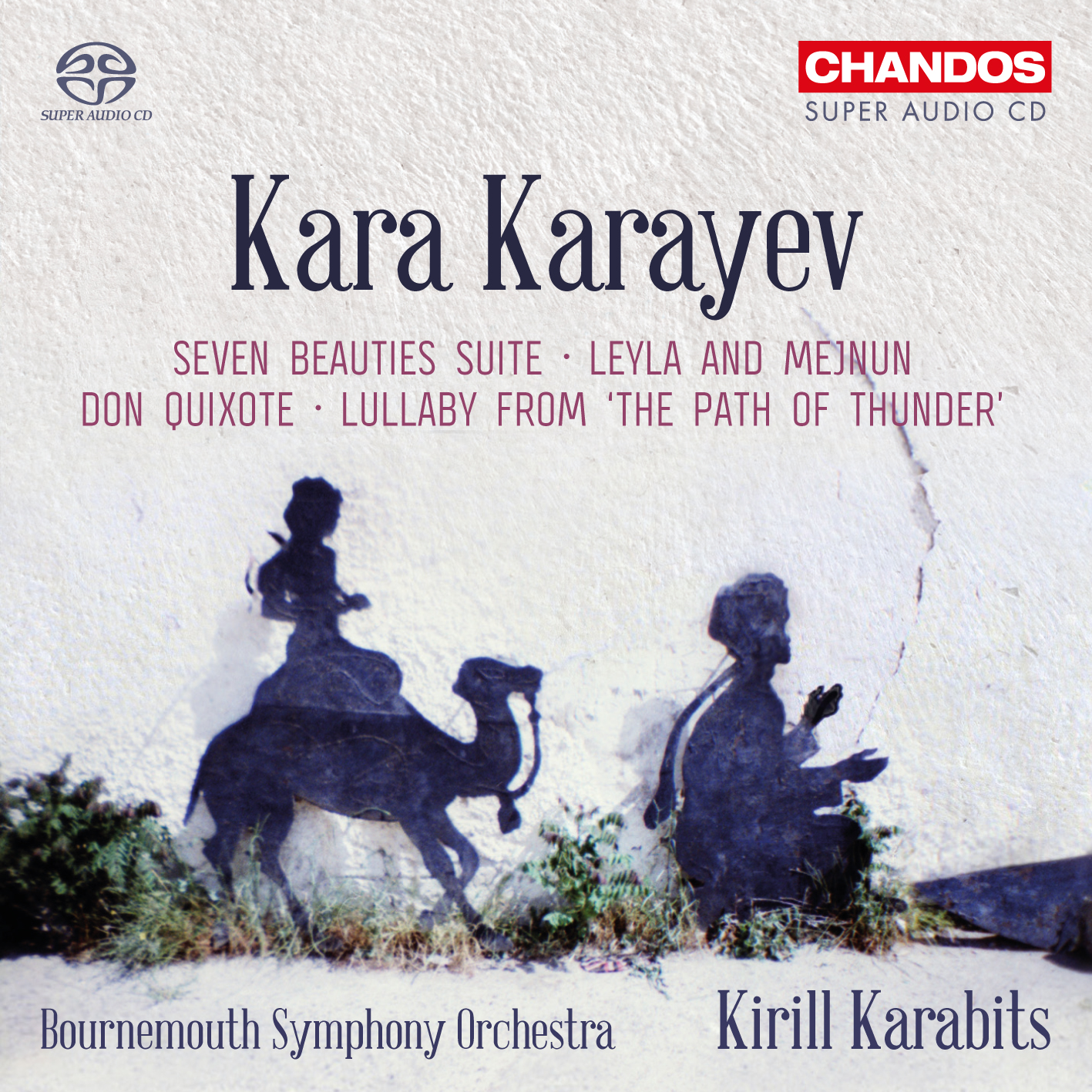 This set of idiomatically lyrical, rhythmic, and colourful interpretations by the Bournemouth Symphony Orchestra and its Chief Conductor, Kirill Karabits, who appears on Chandos for the first time, marks the start of a new series dedicated to lesser-known composers from former Soviet Union countries.

The Azerbaijani composer, teacher, folklore authority, and artistic dynamo Kara Karayev was at the forefront of his country’s musical life for almost four decades after the end of the Second World War, recognised as among the significant composers of the post-war Soviet Union. His compositions draw their material from his nation’s folk music as well as his personal voice, which emanated from Shostakovich and Prokofiev, Tchaikovsky’s ballets, and the fantasy operas of Rimsky-Korsakov.

At the dawn of Karayev’s centenary, Kirill Karabits pays homage to the composer by exploring some of his best-known works: the Persian-inspired orchestral suite The Seven Beauties (later expanded into a full-length ballet), a movement from the ballet The Path of Thunder, the exuberant Don Quixote (drawing on music for a film), as well as the symphonic poem Leyla and Mejnun, after a poem which Byron called ‘the Romeo and Juliet of the East’.

The stream of conductors from Russia and Eastern Europe taking roles in British musical life has led to a high standard of orchestral performances and to the rediscovery of some composers who were popular in the Soviet Union and its satellites but much less so in the West. Such is the Azerbaijani Kara Karayev (also known as Gara Garayev), whom Shostakovich admired but who started taking home prizes after Shostakovich got on Stalin’s dreaded bad side. Some of his music is socialist-realist (he wrote a ballet, The Path of Thunder, about South African apartheid, one segment of which is included here). But The Seven Beauties, composed in the late 1940s, is nothing less than a work in the grand Russian ballet tradition, owing more to Tchaikovsky than anyone else, and if you’re looking for something in that vein it will certainly fill the bill. The scenario is based on a Persian erotic poem of the year 1197, with little sketches of the titular beauties at its musical center. Their nationalities (Indian, Byzantine, Khorezmian, Slavonic, Maghrebian, Chinese, and the ethnicity-transcending “Most Beautiful of the Beauties”) are only lightly depicted musically; sample “The Chinese Beauty,” for an idea of what you’re getting into here. But the work is full of genuinely memorable tunes and (this is probably what attracted Shostakovich) imaginative orchestration. Most of the rest of the album is devoted to symphonic program music, including a strong 15-minute symphonic poem, Leyla and Mejnun, based on a different Middle Eastern love poem from about the same period. The Bournemouth Symphony Orchestra plays at top-level quality, and is backed by shimmering sound from Chandos’ engineers. Highly crowd-pleasing stuff; recommended.