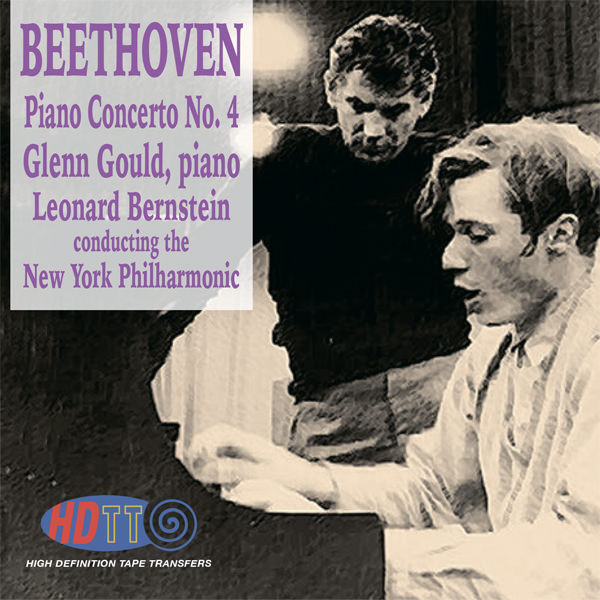 Beethoven’s Piano Concerto No. 4 was the piece with which Glenn Gould made his orchestral debut when he was 13, and he performed it more often than any of the composer’s other concertos. This recording, with Leonard Bernstein conducting the New York Philharmonic, was made in 1961. Gould’s performance is thoughtful, nuanced, and not at all eccentric. What’s most striking about his playing is the degree to which he’s able to bring out the individuality of the contrapuntal lines. His performance is extremely graceful. The opening of the first movement is luxuriantly fluid and sensuous, and the rhythmically driven sections are delicate and cleanly articulated. It’s an understated performance that perfectly suits the character of this most subtle of Beethoven’s piano concertos and Gould hides the work’s technical demands by making the music seem effortless and spontaneous. Bernstein leads a soulful reading that’s not at all flashy, which reveals the work’s substance without putting a hugely individualistic stamp on it. The New York Philharmonic’s sound is warm and full, and the playing is absolutely secure. Gould’s characteristic humming is occasionally audible, but at such a low level that only the purist who demands absolutely clean sound is likely to be offended. A minor quibble: the CD only lasts a little over 35 minutes, and since Sony is reissuing all Gould’s Columbia recordings, it would have made sense to pair the concerto with another piece to fill out the disc.