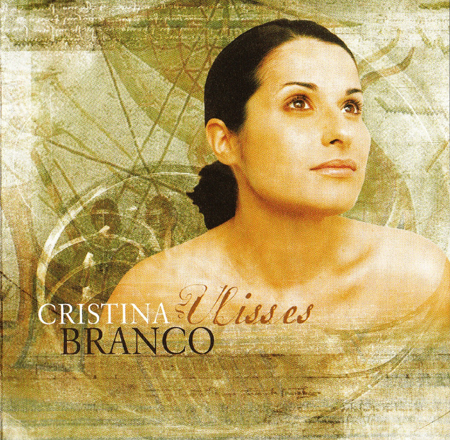 One of the great fado singers working today, Cristina Branco returns with Ulisses, a lush-sounding album that now more than ever separates her from fado convention. Rather than the typical guitar trio backing, Branco adds piano throughout to a guitar quartet that is, as always, led by Portuguese guitar player Custódio Castelo. Between Castelo’s pyrotechnics and the piano adding a richer harmonic element, the elegant music sounds more appropriate for classical music recital halls than the fado clubs. Branco’s voice smolders with nuance throughout, soaring but never overpowering the backing. A reference to the title, the material here sometimes comes from poems and tunes far beyond her homeland–Branco even offers English speakers a not-at-all-stiff version of Joni Mitchell’s “A Case Of You.” The electronic-oriented “Fundos” ends the album on an odd note but serves as an emphatic reminder that Cristina Branco is not content to sail exclusively in traditional Portuguese waters.

First-time listeners to this Portuguese chanteuse may become so instantly infatuated with her beautiful, expressive voice and the plucky native guitar of Custódio Castelo that they may not truly care about the fado music traditions the two are carrying on via this enchanting collection. One could simply enjoy the impressionistic English translations of these Portuguese songs, punctuated sweetly and appropriately by an English-language rendering of Joni Mitchell’s unabashedly romantic “A Case of You.” But for those who want to understand the essence of Branco’s artistry, it’s interesting to note that her mission is to take fado out of its traditional mode of suffering, melancholy, and impotence and breathe new life into the genre with more hopeful interpretations. Composer and guitarist Castelo helps her realize her vision by artfully combining classics and originals to fit the beautiful tonality of her voice. His melodies tap the memory of the fado but transcend the fatalistic and head boldly into more lighthearted territory. Beyond such definitions, it’s simply beautiful to listen to.